Why You Should be Using Azure in Your Business 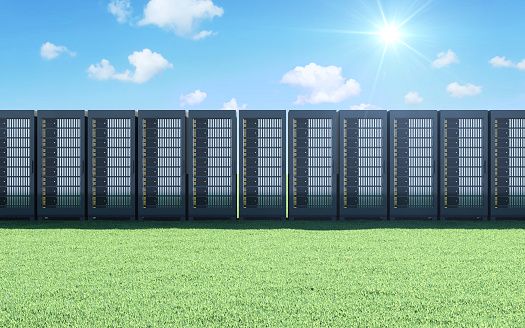 During the first decade of this millennium, integrating IT infrastructure was a Herculean task. For the most part, smaller companies were forced to operate using fairly simple systems, or deal with compatibility and other issues on a regular basis. For larger companies, the options were better, since they could have fully customized systems built from scratch; however, those systems required significant investments of time and capital, and even then they were prone to bugs, compatibility issues, and shockingly rapid obsolescence.

The fundamental underlying problem rested in the fact that every component, every feature, every service was designed by a different firm. Sometimes, even the same firm would create components that did not work well together. The rise of the “cloud” at the end of the decade caused a welcome sigh of relief and hope from myself and (I imagine) many others.

One of the most intriguing selling points of the cloud was the thought that we could eventually reduce our dependency on expensive, large, and difficult to manage components located on-site in our offices, and instead take advantage of the economies of scale inherent in the use of so-called “server farms.” Not only does the cloud allow us to keep sensitive data safely tucked away in a remote location, but it also allows us to effectively outsource both computing power and considerations, such as security from our in-house IT staff.

All of the major players decided to jump onto the cloud trend, including Apple, Amazon, Google, and of course, Microsoft. This occurred alongside a number of tech startups, such as Dropbox, Evernote, and others, each of which tried to carve out a niche in the emerging cloud ecosystem. While each of these companies has managed to develop reasonably powerful cloud services, along with significant server farms located around the world, the compatibility issues—i.e. the inability of these platforms to integrate and work well with one another—was reminiscent of years prior, except now, the compatibility issues were taking place on a more abstract plane (i.e. the cloud).

At first, it seemed as though the platform wars had simply expanded into this new ecosystem, but eventually each company found their niche.

Of course, the company whose cloud-computing software I find most interesting is Microsoft. Enter Azure.

Many of you are probably at least a little familiar with Microsoft Azure. If you aren’t using it already, you’ve probably heard about it, or read about it (e.g. on this blog) before, and you probably know it’s something you should be using. The fact of the matter is that Azure is beginning to dominate the Infrastructure as a Service (IaaS) cloud ecosystem, thanks in part to Microsoft’s CEO Satya Nadella, and the importance he has placed on Software and Services.

Azure is a lot more than simply a “cloud service.” In fact, according to Microsoft Azure, it contains 13 distinct silos: Computing, Data Management, Networking, Developer and IT Services, Identity & Access, Mobile, Backup, Messaging and Integration, Computing Assistance, Performance, Big Computing and Big Data, Media, and Commerce. I’m not going to go into detail about each of those silos today – although I have mentioned certain aspects of them in the past, and will again in future posts – but I point them out to shed light on the fact that Microsoft has done what no other company has done on this scale: build a comprehensive and largely future-proof IaaS solution.

Put more simply, Microsoft has aggressively worked to solve two of the largest problems in enterprise-class computing over the past decade and a half. The first is the aforementioned compatibility issues. Instead of needing to rely on a hodgepodge of services from numerous companies, Microsoft wants you to be able to utilize each of their silos for whatever your company needs. Not only that, but Microsoft has aggressively worked to ensure that Azure is compatible with virtually all of the other major platforms out there, so that no matter what system you are trying to transition from – or even if you plan on keeping some services outside of the Microsoft ecosystem – you will be able to use Microsoft in as seamless a manner as possible.

The other problem that Microsoft has worked to solve is to deal with the reality that technology is advancing at a faster and faster pace. The absolute bleeding-edge of technology today is hopelessly outdated and obsolete just a few short years later, and with Microsoft investing literally billions of dollars into their server farms, it is crucial that those assets remain valuable for many years to come. Without going into too much detail, Microsoft has been able to accomplish this by making their servers highly modular, upgradable, and expandable. While all technology eventually becomes obsolete, Microsoft has done an impressive job of protecting themselves – and their customers – from the relentless tide of technological innovation.

It’s no secret that I am a long time booster of Microsoft, and that is also the case with regards to Microsoft Azure. Of course, my support is not blind, and there are in fact a number of differentiators that make Azure the best option for businesses large and small.

As I mentioned, Microsoft has worked aggressively to ensure that Azure is as close to a “universal” platform as possible. This is significant deviation from the Microsoft of the past, which often left other platforms without an up-to-date version of their products and services.

The other major consideration is Microsoft’s work in the realm of security. Security is a greater risk than ever before, both in the savvy of hackers and in the potential value to them (and loss to you) if they are able to hack into your company’s servers. In fact, it is estimated that hacker cost companies close to a half trillion dollars in 2014 alone. Microsoft offers industry-leading security features, which give even small companies access to world-class security protocols. While no system is impenetrable, Microsoft’s Azure suite is the secure platform of choice for many US federal departments, as well as numerous governments in Europe.

Finally, Microsoft’s decision to make Azure a flexible platform is easily one of the most intelligent business decisions Mr. Nadella has made to date. While there is no debating the fact that Azure is an expensive platform to utilize fully, Microsoft has structured the pricing in such a way that even smaller companies can make great use of the features available on the platform. This is because businesses do not need to purchase the entire Azure suite as one comprehensive package. Instead, they can purchase specific aspects of each silo, as they are needed, and on the scale that makes the most sense for the business and their finances. In addition to giving even small companies access to their world-class platform, this also helps ensure that, as companies (and their IT needs) grow, so too does the revenue Microsoft earns from the growing number of Azure services that company utilizes.

There are plenty of reasons to be using Microsoft Azure. With the launch of Microsoft 10, I expect the platform to become even more robust, and you can rest assured I will talk about those developments as they occur.